Office work is man’s best attempt at comfort for the sake of efficiency. There’s not much you can imagine as more removed from the world outside. If it’s hot, turn on the air conditioning. If it’s cold, turn on the heater. Roofs keep unwanted water out, and plumbing brings wanted water in. Walls deaden sounds, and lights dismiss the darkness. All so that we can get on with the good work we do.

Maybe that’s why it was so strange that I couldn’t concentrate. Instead of the usual flow of productivity, from one project to another, I would stop occasionally to stare out the window at the rain. The rain that couldn’t pound me, the newborn streams that couldn’t wet me, the wind that couldn’t freeze me, the darkness that couldn’t blind me. And yet, those things, so powerless against modern construction techniques, had me under their spell…

It had been a decade since we’d had so much rain. I’d forgotten what a pain it was. Or maybe I’d never known… I was a kid then. Children only see the magic, right? They don’t worry about how to stay dry, how to keep the house clean, how to do what you always do as if nothing is different, when all you want is to sleep through the dark and the clouds.

But there is something I’d known as a child, something I’d forgotten in the rush and riot of growing up. It was lost in the rationality of an expanding mind. But it was still there…

Maybe that’s why, despite my ears’ training, I could hear the rain’s song.

The Sense of Magic

Before we get too far into our philosophy, we must beware of one vice towards which we as philosophers may be drawn. We said in the first post that reason should direct your philosophy as a captain should direct his ship. Like any power, however, reason tends to want to be the only master. We have given it authority to find truth; if we’re not careful, it will snatch for itself the title of Sole Truth-Finder.

Reason, like any good leader, should lead without inflicting slavery on its followers. The other parts, when treated properly—not given too much power nor squashed to a pulp—have their own abilities to find truth. They can sometimes point to it when reason cannot.

It is strange, I suppose, to hear a would-be philosopher say this. Philosophers are supposed to stick with reason above all else, to be logical to a fault, right? I hope not. I would hate to be doomed “to a fault” just because I love wisdom. Even philosophers can escape somehow.

Logic is the most powerful of reason’s truth-finding methods, and it is this tool reason tries to use for its tyranny. People use the word “logic” in two ways, and these two uses get tangled badly in our heads. Let’s examine them and see if we can’t put reason in its place.

Logic, in its true sense, is the instrument by which reason uses the past to look into the future. It allows us to gain insight from old knowledge and to combine it in a new way to discover something unknown before. We may know two things, for example, that A is B and that B is C. It takes logic, however, to put those things together. Through logic, we come to know something we did not before but that must be so, that A must be C.

The word “logic” is used in a second way to basically mean “common sense”. When we say, “There must be a logical explanation,” we don’t mean that, by a process of rehashing what we know, we can come to a new piece of information. We mean that we can come up with an explanation that would make sense to anyone.

What do they teach at these schools?

The importance of this difference is exemplified in a scene from C.S. Lewis’s book, The Lion, the Witch, and the Wardrobe. Lucy has returned from Narnia for the second time. She again claims that a magical land can be reached through the upstairs wardrobe. Her persistence disturbs Peter and Susan. How could she insist that something so beyond logical explanation is true? They decide to speak to the Professor.

As they discuss it, the children appeal to many matters of common sense. A forest could never fit in the wardrobe. Besides, they have all looked in, and there is no forest. And Lucy says that hours have passed each time, but really it was no time at all. Any reasonable person would agree that there must be some other “logical” explanation.

These statements, however, do not convince the Professor. Being a professor, he takes the opportunity for a lesson. Logic, in the more technical sense, tells him that there are three possibilities: (1) Lucy is lying; (2) Lucy is mad; or (3) Lucy is telling the truth. Logic further instructs him to consider each possibility individually and judge it the way it ought to be judged.

First look at the possibility that Lucy is lying. Logic tells us that, when we weigh the merits of a story, we must look to the trustworthiness of the teller. Peter and Susan admit that they have never known Lucy to lie. Therefore, the Professor reasons, possibility (1) can logically be eliminated.

Second, to determine whether someone is mad, logic dictates we judge from his actions and his words. “Oh, you can make your minds easy about that,” the Professor says. “One only has to look at her and talk to her to see that she is not mad.” Number (2) can logically be eliminated.

“But then,” said Susan, and stopped. She had never dreamed that a grown-up would talk like the Professor did and didn’t know what to think. 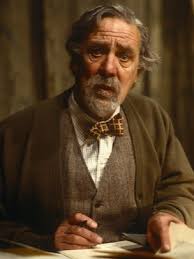 Far from proving the “common sense” that Peter and Susan assumed, true logic has lead them to a conclusion that seemed at first improbable. However, as Sherlock Holmes, renowned for his powers of logical deduction, said many times, “When you have eliminated all which is impossible, then whatever remains, however improbable, must be the truth.”

So logic isn’t holding Susan and Peter back. What, then, makes them question to the point of accusing her of lying?

The fault of logic

The problem comes in when we assign to “common sense” the same degree of certainty we hold by logic. The Professor’s logic, if it begins with something true, will always bring us to a further truth. That is why logic holds such weight with us. When we extend that certainty to “common sense”, however, we grant it more power than we should.

When we put our philosophy under the command of reason, we must take care to put a balance in place. Because philosophy sharpens logic, it gives reason the strength it needs to rule and train the unruly parts of us. When it grows so powerful, however, it becomes proud, which hampers true philosophy. It begins to hold assumptions that will grow its power rather than sticking with logical conclusions.

If we do not have something to keep it honest, this is the beginning of tyranny. Reason becomes enamored of its own power and asserts that nothing beyond itself exists. It creates a world where everything is explicable according to its own terms.

When we crown reason, we leave ourselves open to this tyranny. Reason should be the highest power in us. We want reason to be captain of our ship; shouldn’t it be captain of the world? However, like any government, it is only legitimate if it does not undermine its original purpose. Reason is captain so that it can lead us to truth. When it is tyrannical, however, it lies; it wields the power we gave it to increase its own power.

This lie is an age-old one. It started long ago in a garden, when those who wished to see as gods see proved their blindness. It continues today, with the “knowledge” that only what reason proves may be regarded as proven.

The lie is apparent in this: reason can poke holes in itself and undermine its own tyranny. One simply has to ask reason, “Give us a logical proof that you are all that you say you are.” Reason cannot prove this most basic maxim of its tyranny; it is speechless.

The sense of magic

Well, we have beaten Tyrannical Reason at its own game. We have proved that it cannot prove itself to be the only truth-finder. Where does that leave us?

It leaves us with caution, a warning that, perhaps, our reason cannot grasp all things. That maybe there are things we can’t put words to. Again, it is frightening to think that there are truths we can’t understand, just as there are places so bright that our eyes would rather look on darkness. But if we put reason in its place, we regain a sense we’re all born with, a sense of magic. This is the sense that the world is larger than we are. This sense of magic balances reason’s power and brings its tyranny to an end.

Magic lets us see even if we can’t understand and hear even when we can’t comment. Magic makes room for love that unites when reason would scoff. It reminds us to learn, even when we think we know. It believes that, sometimes, the rain can speak better than we can, and that—if we listen—we will learn.

And that, perhaps, there is something higher than we are, something we can’t control, something un-tame and beyond understanding… Something that can control and understand it all.

15 thoughts on “The Sense of Magic”